In the years after the U.S. Preventive Services Task Force (USPSTF) recommended against PSA-based screening in all men, many fewer men were diagnosed with prostate cancer but more were found to have advanced cancers, according to a large study of nearly a half-million screening-eligible men in Kaiser Permanente’s Northern California region.

For every 25 fewer prostate cancers found, there was 1 additional case of metastatic cancer. 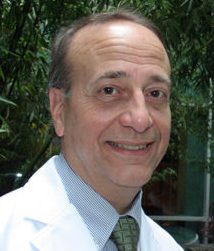 “While many fewer men received unnecessary biopsies and treatments, there was also an increase in dangerous cases where the cancer had spread beyond the prostate and had become incurable,” said lead author Joseph Presti, MD, Kaiser Permanente urologist and adjunct researcher with the Kaiser Permanente Northern California Division of Research.

Titled “Changes in Prostate Cancer Presentation Following the 2012 USPSTF Screening Statement: Observational Study in a Multispecialty Group Practice,” the study was published today in the Journal of General Internal Medicine.

Prostate cancer is the second-leading cause of cancer death in men in the United States. An estimated 175,000 men will be diagnosed with prostate cancer in 2019, and about 31,000 will die from the disease.

In 1994, the U.S. Food and Drug Administration approved screening for prostate cancer in men without symptoms, based on levels of prostate-specific antigen (PSA) in the blood. PSA-based screening, in conjunction with digital rectal exams, helped to cut the annual number of deaths from prostate cancer in half.

However, ambiguities in how to act upon abnormal PSA test results also resulted in the overdetection of prostate cancer.

“Too often, men who were screened with the PSA test underwent unnecessary interventions, such as biopsies for falsely elevated PSA levels or unnecessary treatments for cancers that posed no threat to the patient,” said senior author Andrew L. Avins, MD, MPH, research scientist with the Division of Research. “These interventions can have negative impacts on bowel, bladder, and sexual function.”

As a result, the USPSTF discouraged PSA-based screening in 2012 suggesting that the harms of screening outweighed the benefits.

In 2018, the USPSTF again revised its guideline to “no recommendation for or against” PSA-based prostate cancer screening, suggesting the physician and patient discuss the pros and cons of screening.

The researchers hope that information in this study can help patients and their physicians to make informed decisions together about whether to screen for prostate cancer. Shared decision involves a discussion of the pros and cons of screening.

Up to 30% of patients with newly diagnosed prostate cancer have slow-growing cancers that can be monitored with “active surveillance,” which involves periodic PSA testing and repeat biopsies, Dr. Presti said. “Treatment is offered if the cancer becomes more aggressive, which may occur in about 25% of these patients in the first 5 years following diagnosis.”

The current study shows, however, that there is danger in not being screened: some men will develop metastatic cancer who may have otherwise been treated and cured if they were screened appropriately.

The study was funded by The Permanente Medical Group’s Delivery Science and Physician Researcher Programs.