Heart Failure Hospitalizations and Deaths Vary by Race and Ethnicity 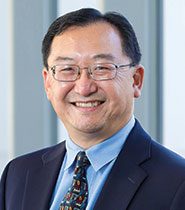 The research also found that among patients with heart failure, Asian/Pacific Islanders had similar rates of hospitalization as whites, but lower rates of death; Hispanic patients also had lower death rates than white patients. The variations in death rates could not be explained by analyses the researchers conducted that took into account factors such as type of heart failure, age or neighborhood socioeconomic level, access to care, or how the heart failure was treated.

“With the current sensitivities around race and ethnicity, the fact we didn’t find differences in treatment by race and that treatment differences don’t explain outcomes is very valuable,” said the study’s senior author Alan S. Go, MD, a senior research scientist at the Kaiser Permanente Northern California Division of Research. “It makes us ask new types of questions about what we can do to address the differences we found.”

The research, published in the Journal of the American Heart Association, included 34,621 adults diagnosed with heart failure in Kaiser Permanente Northern California (KPNC) between 2012 and 2016. Compared to white patients, Black patients’ rates of hospitalization were 28% higher but their death rates were 22% lower. For Asian/Pacific Islander and Hispanic heart failure patients, death rates were 25% and 15% lower, respectively, than those seen in white patients.

Heart failure is a chronic condition that occurs when the heart is unable to pump enough blood to meet the body’s need for blood and oxygen. The condition can affect both sides of the heart or only the right side. Heart failure is caused by other health problems, such as coronary heart disease, high blood pressure, obesity, and diabetes. There are currently about 6.2 million people in the U.S. with heart failure. About 550,000 people are expected to be diagnosed with heart failure in 2021.

“Nationally, Black patients have disproportionately high rates of death due to heart failure, so lower mortality among members of Kaiser Permanente is an important finding,” said Jamal S. Rana, MD, a cardiologist with The Permanente Medical Group and an adjunct investigator with the Division of Research.

The higher rates of hospitalization for Black patients with heart failure suggests the need to better understand what factors lead doctors to determine when patients with heart failure should be hospitalized. “The fact Black patients are hospitalized more but have lower death rates than white patients remains puzzling as other studies have found this as well,” said the study’s lead author Sam Savitz, PhD, who conducted the research as a Delivery Science Fellow at the Division of Research. Savitz is now a health services researcher at the Mayo Clinic in Rochester, Minnesota.

The higher death rate seen in white patients with heart failure could also not be explained. “There may be certain lifestyle factors that we weren’t able to study that could, in part, account for this,” said Savitz. “It’s also possible that there are social differences that could help explain the variations in death rates.”

A previous study by the Division of Research found people who were Black, Latino, or Asian generally had a lower risk of coronary heart disease than people who were white.

Dr. Go said the study findings underscore the importance of looking at the underlying socioeconomic factors that affect how individual people access the health care system. “For me,” he said, “this study shows that there are areas we need to explore further to see how we can maximize the effectiveness of the care we provide to heart failure patients to both avoid preventable hospitalization and improve survival regardless of your race or ethnicity.”

The project was supported by The Permanente Medical Group Delivery Science and Applied Research (DARE) Initiative.

This story originally appeared in Division of Reseearch Spotlight