A large multi-hospital analysis found that early antibiotics in sepsis patients resulted in improved health outcomes for them without posing unintended consequences for others, such as expanding overall antibiotic use or worsening antibiotic resistance. 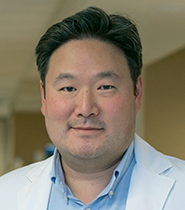 The study, published June 27 in JAMA Internal Medicine, is good news for hospital physicians who want to act fast to respond to sepsis — the body’s overreaction to an infection — which can turn deadly within hours, said senior study author Vincent Liu, MD, MSc, intensivist physician and research scientist with the Kaiser Permanente Northern California Division of Research.

“There has been an intense focus on treating sepsis patients with antibiotics as early as possible because it is the cornerstone of performance improvement for this devastating condition,” Dr. Liu said. “However, what has been poorly understood is what impact those efforts have had on other patients who may be receiving antibiotics out of concern for infection.” 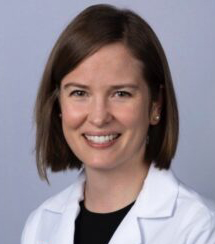 Dr. Liu and research collaborator Hallie C. Prescott, MD, MSc, critical care physician and associate professor at the University of Michigan, launched the study with funding from the Agency for Healthcare Research and Quality.

Their analysis examined care in 152 Kaiser Permanente and Veterans Affairs hospitals from 2013 to 2018, involving more than 1.5 million patients. They studied patients admitted to the hospital through the emergency department who had 2 or more symptoms of systemic inflammatory response syndrome (SIRS), such as increased heart rate and abnormal body temperature. Patients with SIRS symptoms would be at risk for sepsis, but many might not end up having it or needing antibiotics.

The researchers then compared the 17% of the patients who were admitted with a diagnosis of sepsis with the entire group, to learn the impact of earlier antibiotic use for sepsis on each group.

The study found that for sepsis patients, the time to initial antibiotic use decreased by 37 minutes over the 6-year study period (4.7 hours to 3.9), indicating hospitals were implementing the earlier treatment advice.

At the same time the hospitals were improving care for sepsis patients, they were not indiscriminately expanding antibiotic use with others, the analysis found. In fact, it identified the opposite: overall antibiotic use declined, as did the average number of days of antibiotic treatment and use of broad-spectrum antibiotics. Both groups of patients saw reductions in 30-day mortality, length of hospitalization, and positive culture for a resistant bacteria.

“The pushback has been [time-to-treatment for sepsis] should not be a performance measure because it’s going to cause more harm than good, and I think our data shows it probably does more good than harm,” Dr. Prescott said. “We have shown that 152 hospitals have been able to make improvements in stewardship and sepsis treatment at the same time, contrary to popular belief.”

The study’s authors said their findings suggest antibiotics are being targeted to the patients who would most benefit.

“This study adds to our national conversation about how to combat sepsis most effectively,” Dr. Liu said. “It also confirms that we now need to look for new opportunities to mitigate sepsis by finding patients at high risk before they arrive at the hospital, identifying hospitalized patients most likely to benefit from specific treatments, and enhancing their recovery after they survive sepsis.”